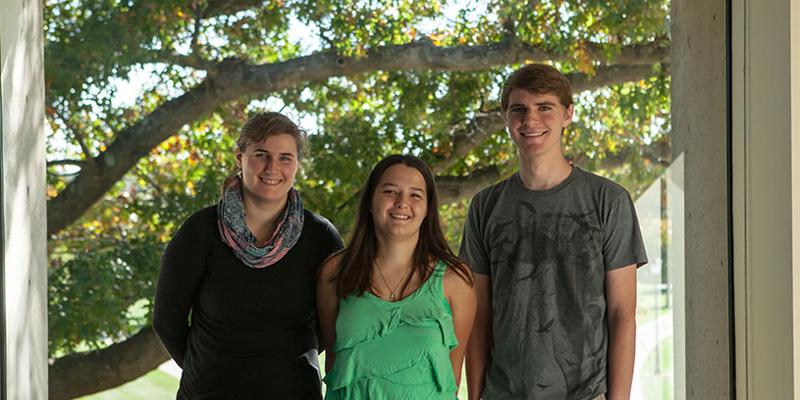 The annual Cumberland Valley Math Modeling Contest, held at Shippensburg University, hands out two prizes: one for the best paper, and one for the best presentation. Nine teams competed this year: three from West Point, three from Kutztown, two from Shippensburg, and one from BAC. Benjamin Alden, Angela Creneti, and Aven-Leigh Schnarr represented Bryn Athyn and brought home a second place win for their paper.

The question they competed on concerned allocating presidential campaign resources in various scenarios in which the electoral college had been modified. They were given 24 hours to work on this problem, and worked through most of the night to get it done. BAC math instructor Caira Bongers accompanied the team to the competition, as she has for a number of years. She said, “I’m proud of their work, especially considering that this year we had one sophomore and two freshmen attending, competing against some more experienced students.”

This is the fifth year Bryn Athyn College has attended the contest, and the fourth time receiving a second place finish.