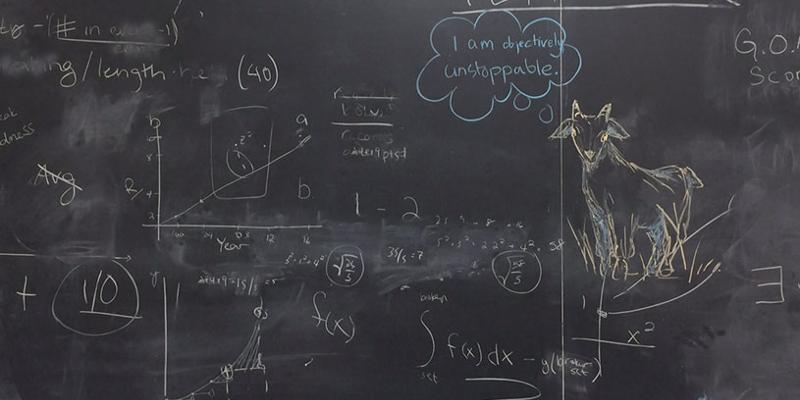 Freya Kistner explains how it worked: “We were given two questions to choose from and had to pick one and use math to create a model that could be used to get the answer.”  The students were given just 24 hours for the project, which added to the pressure and the fun.  Phoenix Fritch says, “The experience was pretty great. Nothing is quite as satisfying as a moment of mathematical breakthrough and teamwork at 3:30 in the morning.”  Freya added “It was totally crazy to have a 24-hour time limit, because it meant we had to really be working on it practically the whole time. We took a short break to sleep, but went to bed and woke up thinking about math. Not something you usually have to do.”

Caira Bongers, math professor at BAC, explains why it is important for our students to participate in this sort of contest: “The types of questions that get posed at these competitions are open-ended, and require both ingenuity and creativity. This is a unique opportunity to experience what ‘real math’ looks like: minimal guidelines as to which facet of math is most relevant, with no ‘right answer’ against which to check your work.”

Professor Bongers continues, “The work is judged by its overall quality, since for most of these questions, there are no objective answers available. The team’s ability to explain their model clearly to the judges and other teams is critical in this contest.” That was one thing that Freya liked best about the experience.  She says, “It was fun to have the chance to think, ‘how could I find the answer if I wanted to?’ Instead of ‘what is the answer?’”

In the end, our students found success in the final rankings, but they also enjoyed learning new skills while getting to know their fellow math majors better. Phoenix says that he enjoys these types of competitions because they “really give students a chance to think outside the box and flex their math muscles.”

BAC has placed well at this contest for three of the last four years.  In 2013, students Garett Asplundh, Hyunook Suh, and Veeshan Rayamajee were semi-finalists for the presentation award, with their work on College Football Conference Realignment, using graph theory.  In 2014, Niraj Khatiwada, Swan Kim, and Josh Alden presented a ranking system for US cities. In 2015, Niraj Khatiwada, Swan Kim, and Jody Chapin won second place in the paper portion of the contest for their work on modeling the financial and environmental impact of Meatless Mondays.