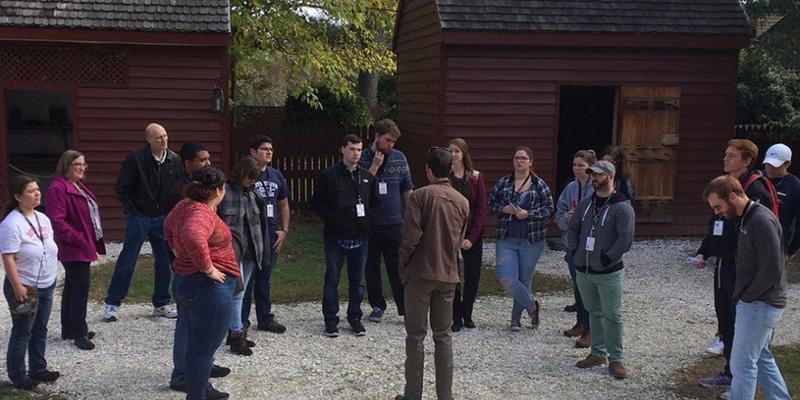 Over the fall break 19 students and 3 faculty/staff members went to Colonial Williamsburg for a whirlwind interactive tour. While there the visitors learned about such things as the social and political concepts of the time, the concerns of colonial artisans and merchants, and living conditions for farmers and slaves on Hope Plantation. The trip’s program allowed students to participate in a debate in the House of Burgesses and interact with historical figures played by actors who dressed and behaved as their characters would have 300 years ago.

The trip was offered to all Bryn Athyn College students, but Human Society and Education majors were given advanced notice so they could secure their spots. Two Human Society majors, Alex Hyatt and Brennen McCurdy (pictured left), shared their favorite parts of the experience.

Brennen liked the debate held in the Capitol Building. He said, “On one side of the room were the British Loyalists, and poised against them were the brave and charming Patriots, including myself. The activity reminded me of the heated and boisterous debates that occurred in my history class earlier in the term. Somehow we managed to keep the debate civil.”

Alex was surprised to learn that during colonial times, slaves could not testify in courts, so “even if they witnessed a murder, it would be as if no one saw it.” His favorite part of the trip was the on-site dinner at the tavern. He said, “Personally, I had most fun at Chowning’s, singing along to the historic tunes. But all in all, the entire trip was a blast.” 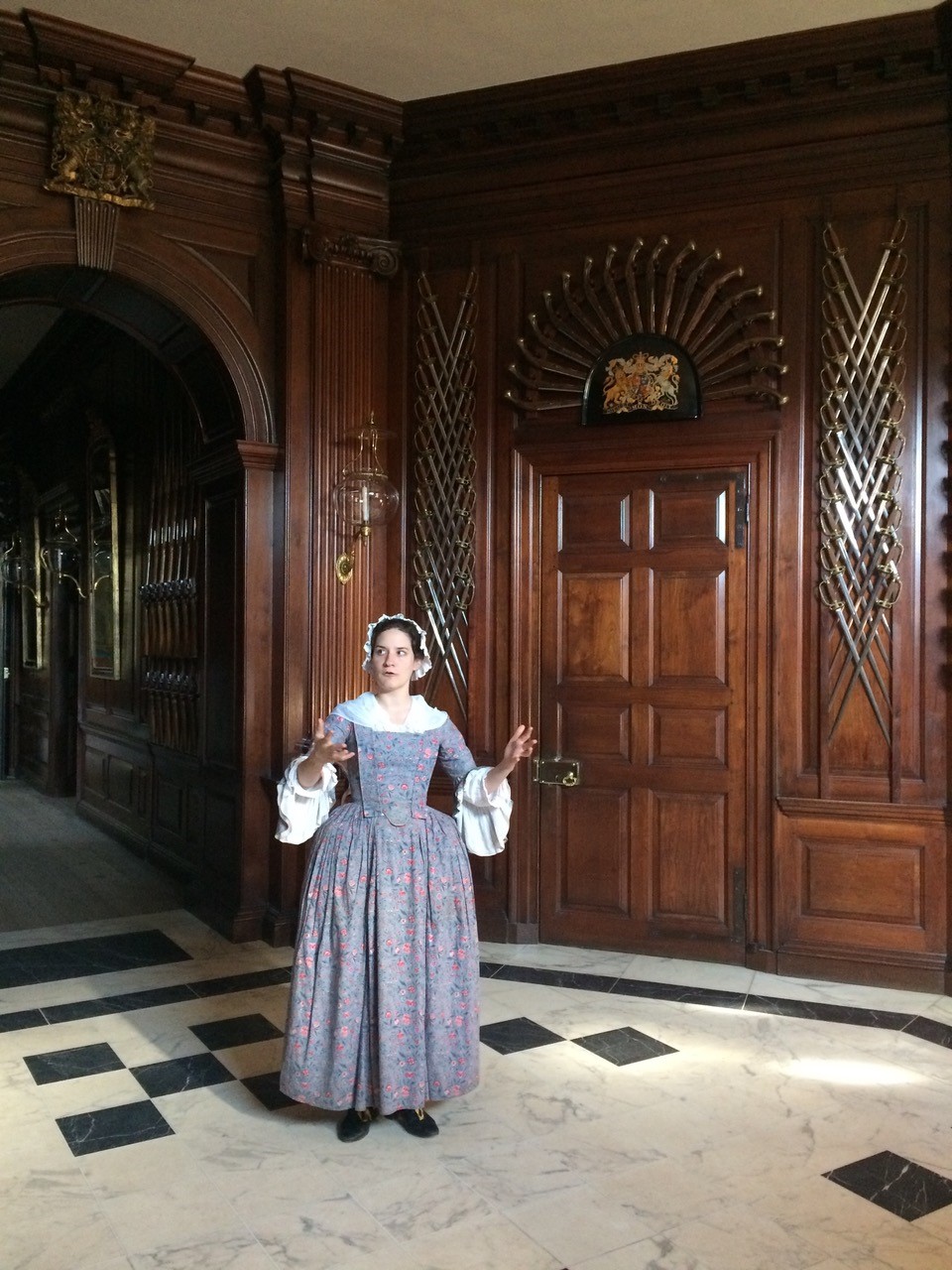 Part of the visit included an optional palace tour with alumna Dara King (’13). She now works full-time at Colonial Williamsburg as a chambermaid interpreter and tour guide at the governor’s palace. Wendy Closterman, Ph.D., is a history professor at Bryn Athyn College who taught Dara and offered guidance and support as she worked toward her current vocation.  Closterman says, “As a student at Bryn Athyn College, Dara dreamed of being an historic interpreter at Colonial Williamsburg, and she worked hard to pursue this career. It is an absolute thrill to see Dara in action, professionally realizing her dream. I am grateful that she is able to share her experiences with current Bryn Athyn College students–and perhaps even serve as inspiration for them as they prepare to pursue their own professional paths.”