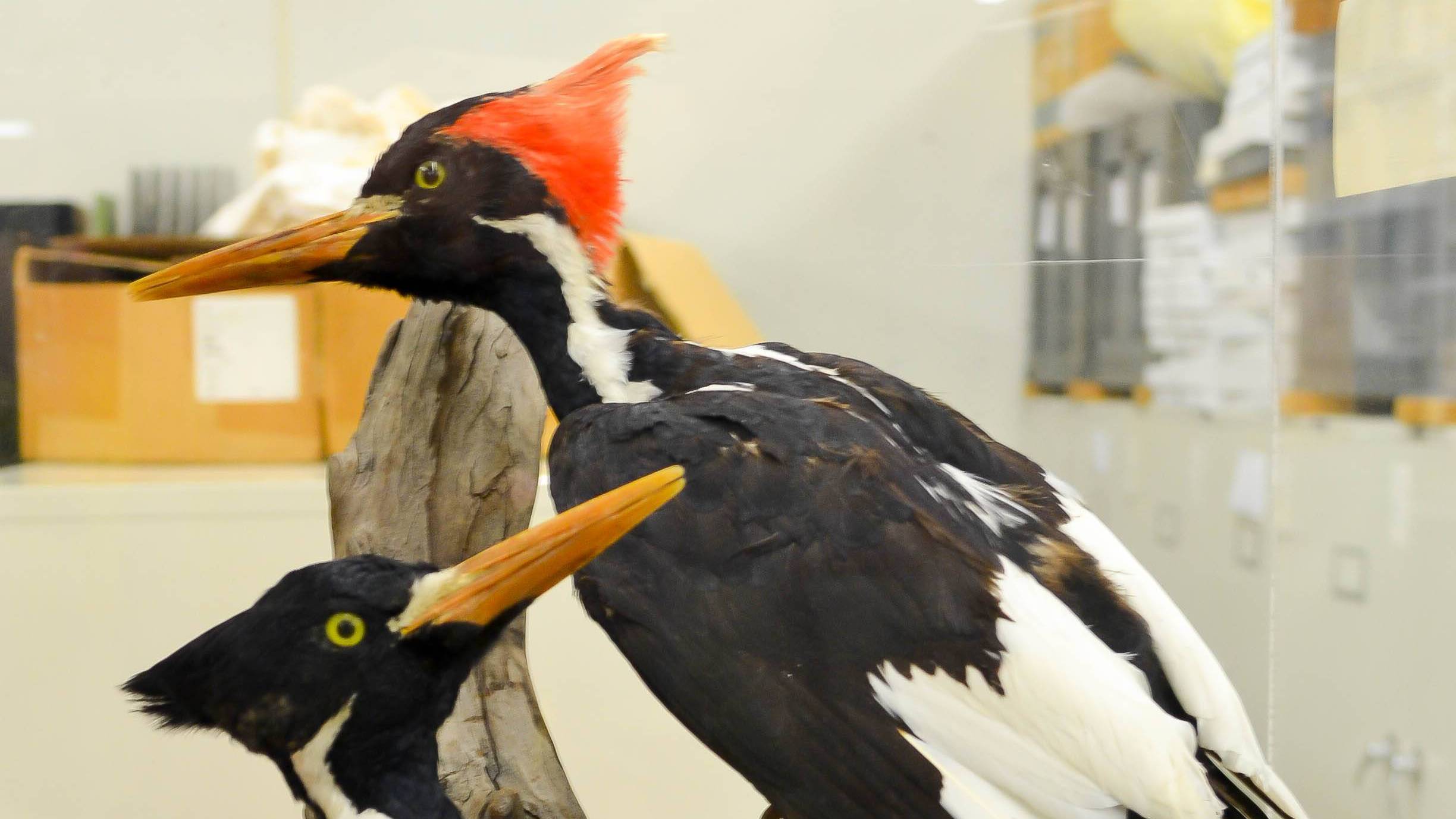 While on sabbatical this spring, Professor Fredrik (Figge) Bryntesson, Ph.D., took two trips to Florida to study the Ivory-billed Woodpecker–the largest woodpecker to have lived in the United States.  Due to habitat destruction and hunting, the number of Ivory-bills dwindled in the early 1900s and the last definitely known population disappeared in the 1940s. Some now fear that the species could be extinct. However, there have been a number of reports of Ivory-bills throughout its historic range in the Southeastern US since the 1940s to the present. 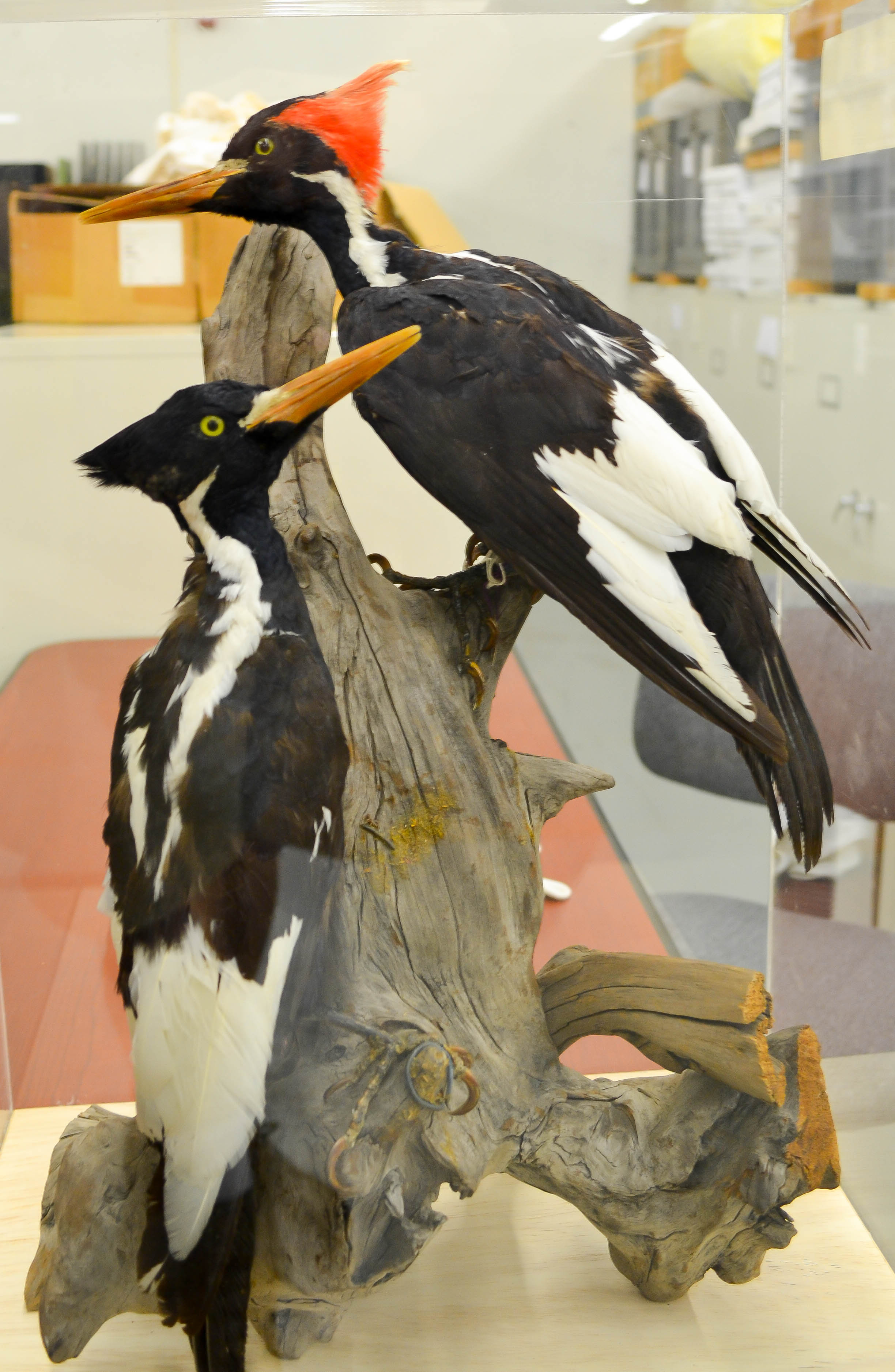 Bryntesson and Chuck Hunter, Southeast Regional Refuge Biologist for the National Wildlife Refuge System, US Fish and Wildlife Service in Atlanta, are working on developing a comprehensive understanding of the historical status of this bird (Photo, left: Ivory-bill specimens at the Florida Museum of Natural History). To do so, they are gathering information from the published literature, and, importantly, from the unpublished archival documents such as field notes, correspondence, memos, and reports on the subject. It is clear from archival documents that there are many more reports of Ivory-bills than have been published, and archival information also provides us with very important insights such as the views and thoughts about Ivory-bills held by many ornithologists and Ivory-bill searchers. Therefore, the archival sources significantly add to our understanding of the historical status of Ivory-bills (Photo, right: researching in the archives). 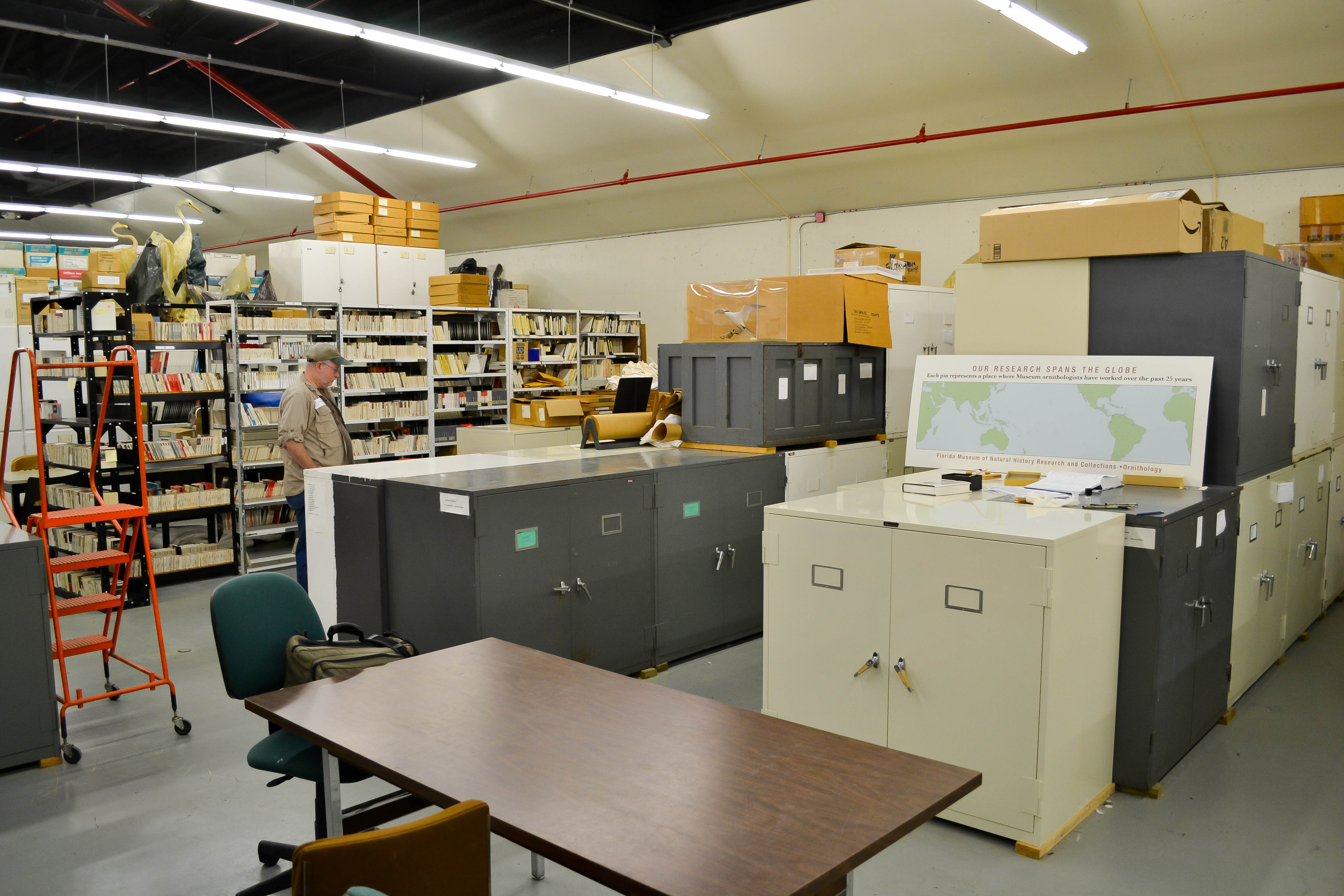 In May, Hunter and Bryntesson journeyed to northwestern Florida and visited multiple areas where sightings of Ivory-billed Woodpeckers have been reported. The Dead Lakes, and the Chipola, Apalachicola, Aucilla, Wacissa, and Wakulla Rivers provide the type of swampy surroundings where Ivory-bills have historically been seen (Photos below, left to right: Dead Lakes, Wacissa, and Wakulla rivers). 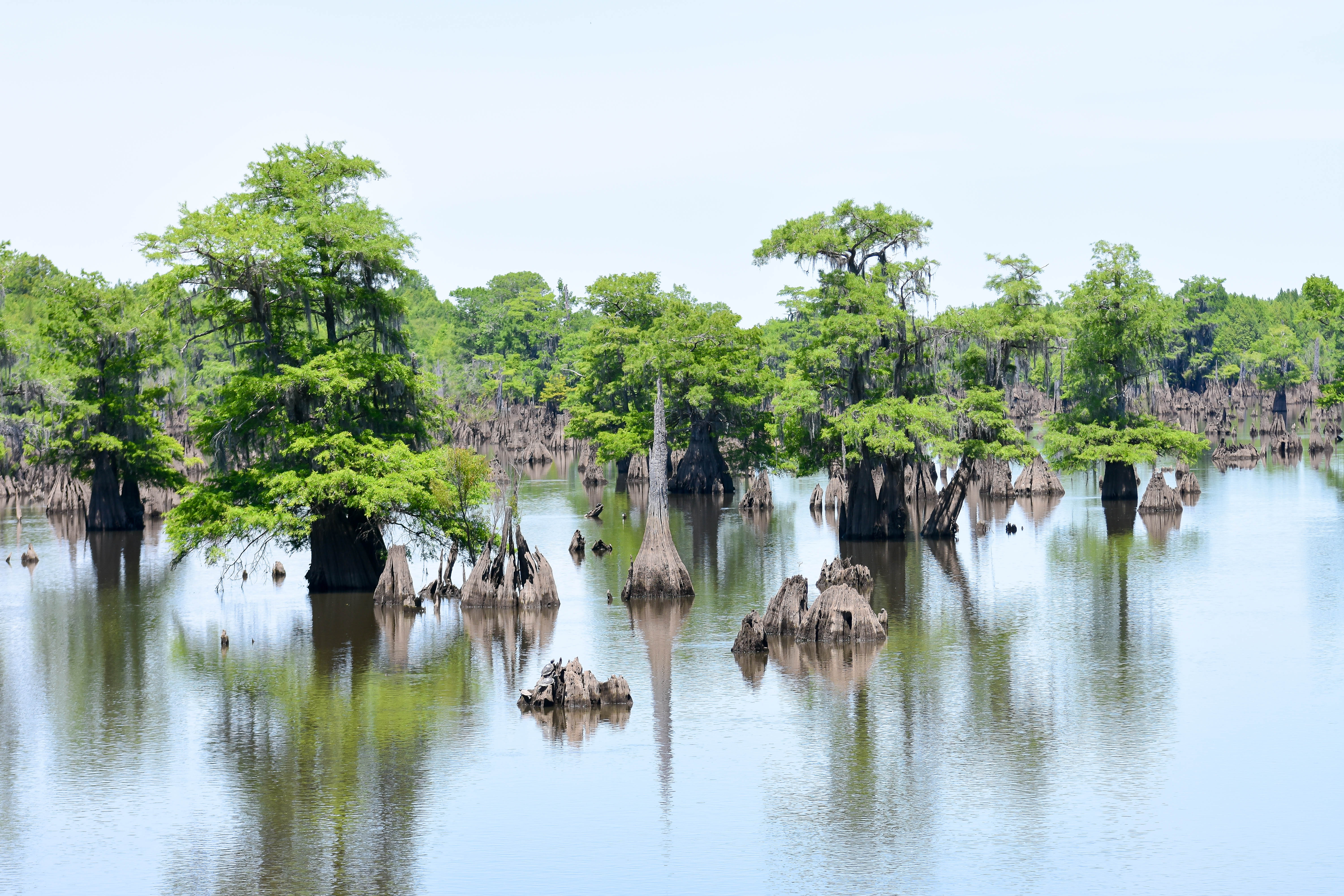 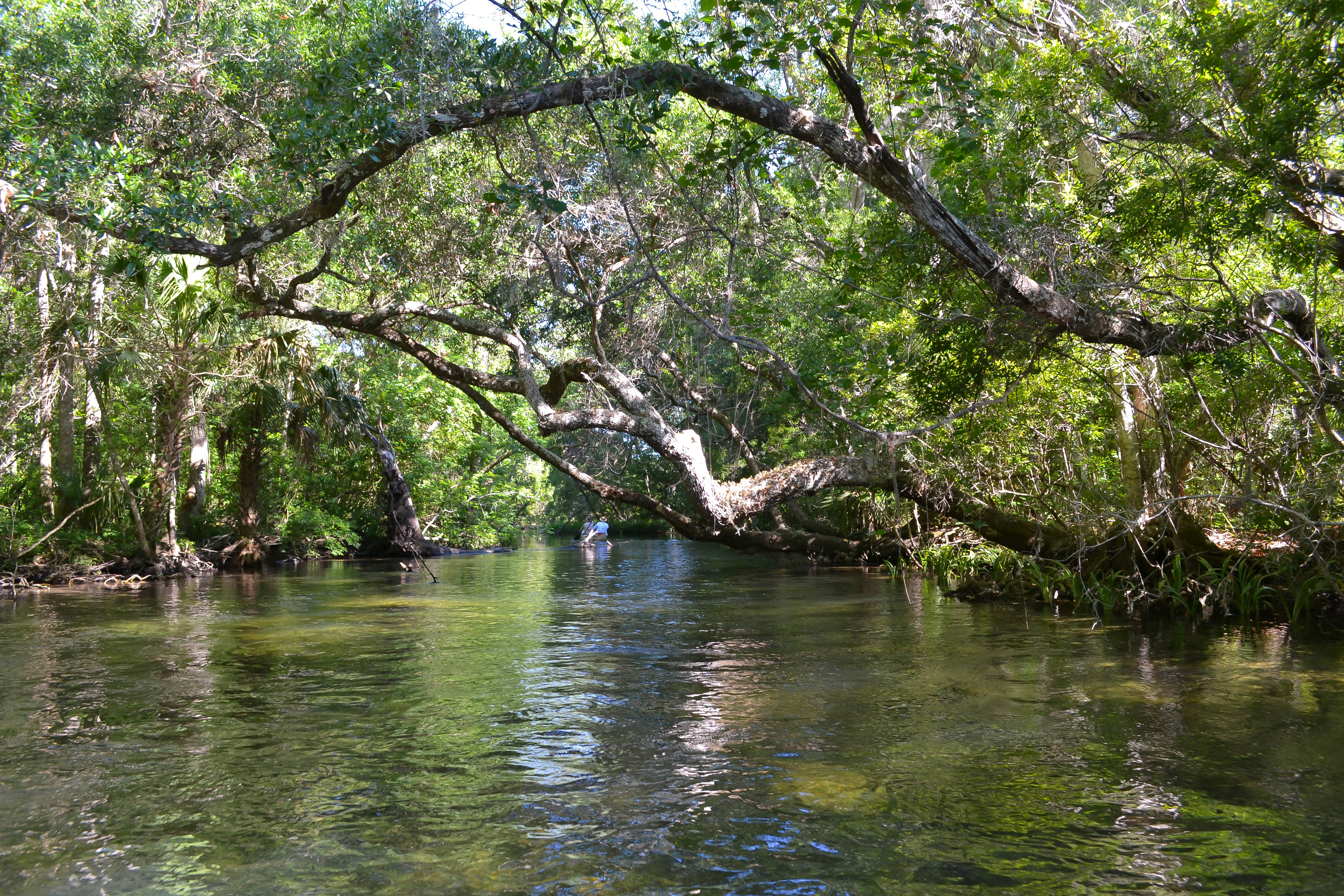 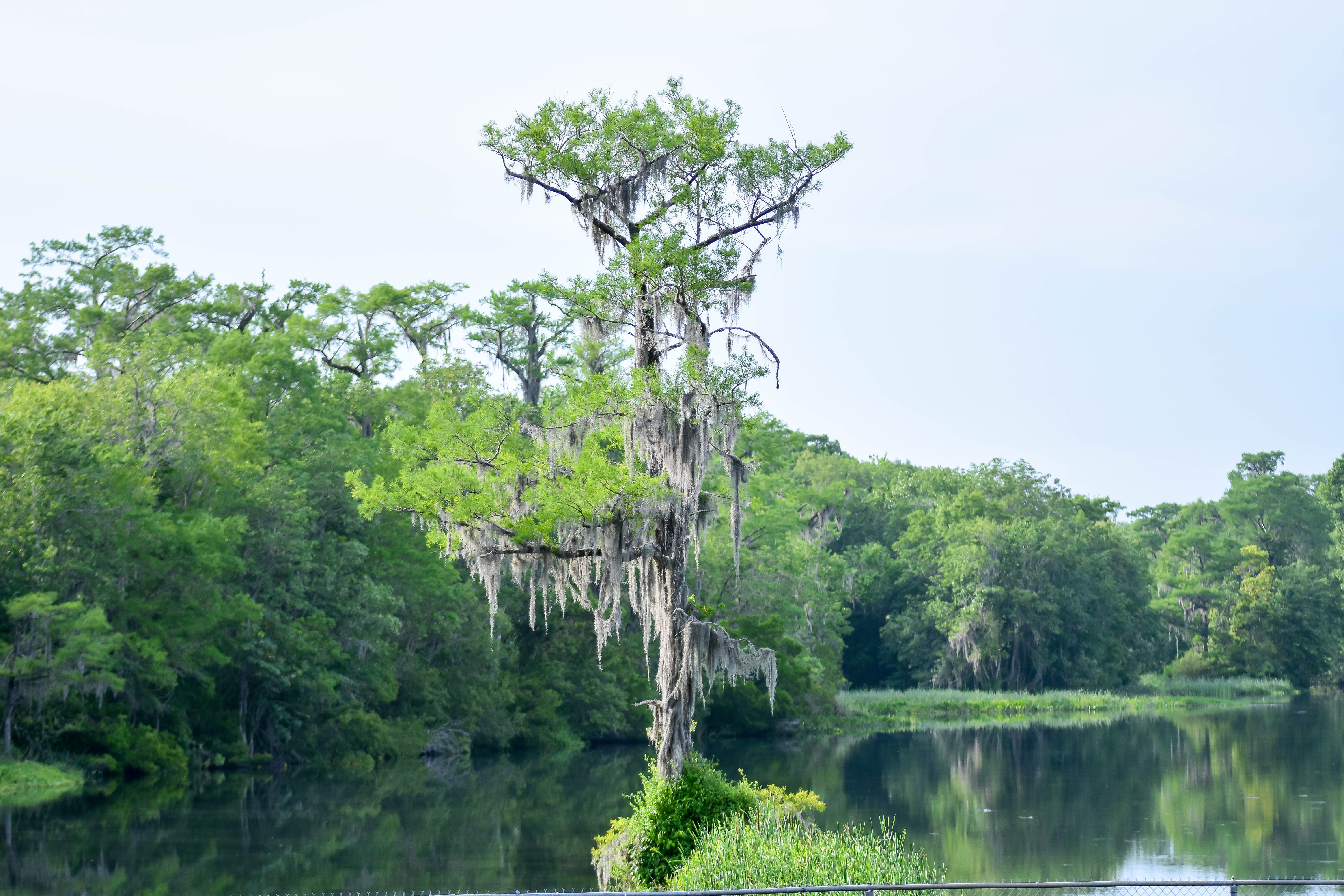 While investigating these habitats, they were able to spot a range of interesting wildlife, and though they were mostly on the lookout for birds, they also saw a couple of alligators (Photo, right: American Alligator. Photos below, left to right: Great Egret, Pileated Woodpecker, Purple Gallinule, Red-shouldered Hawk). 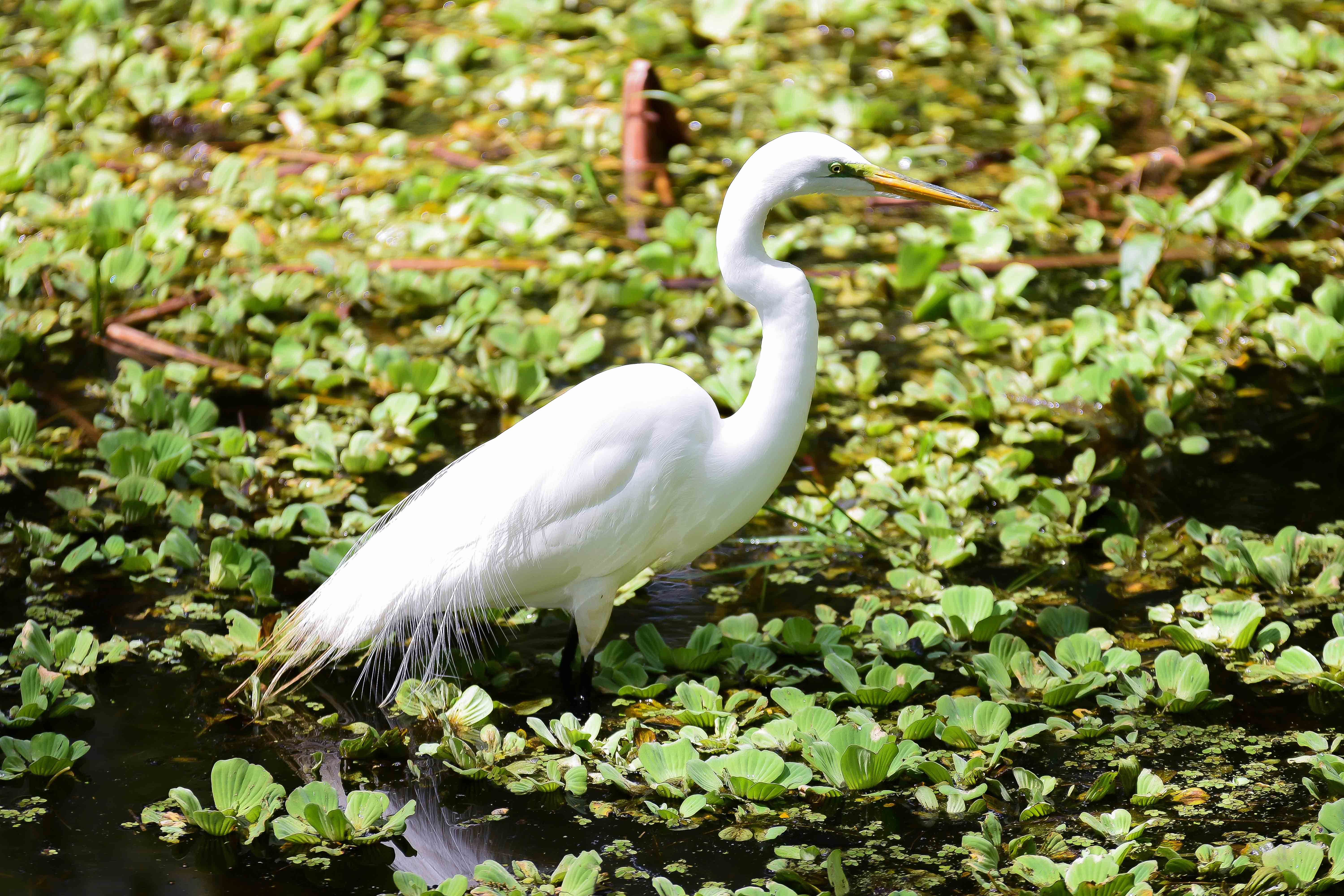 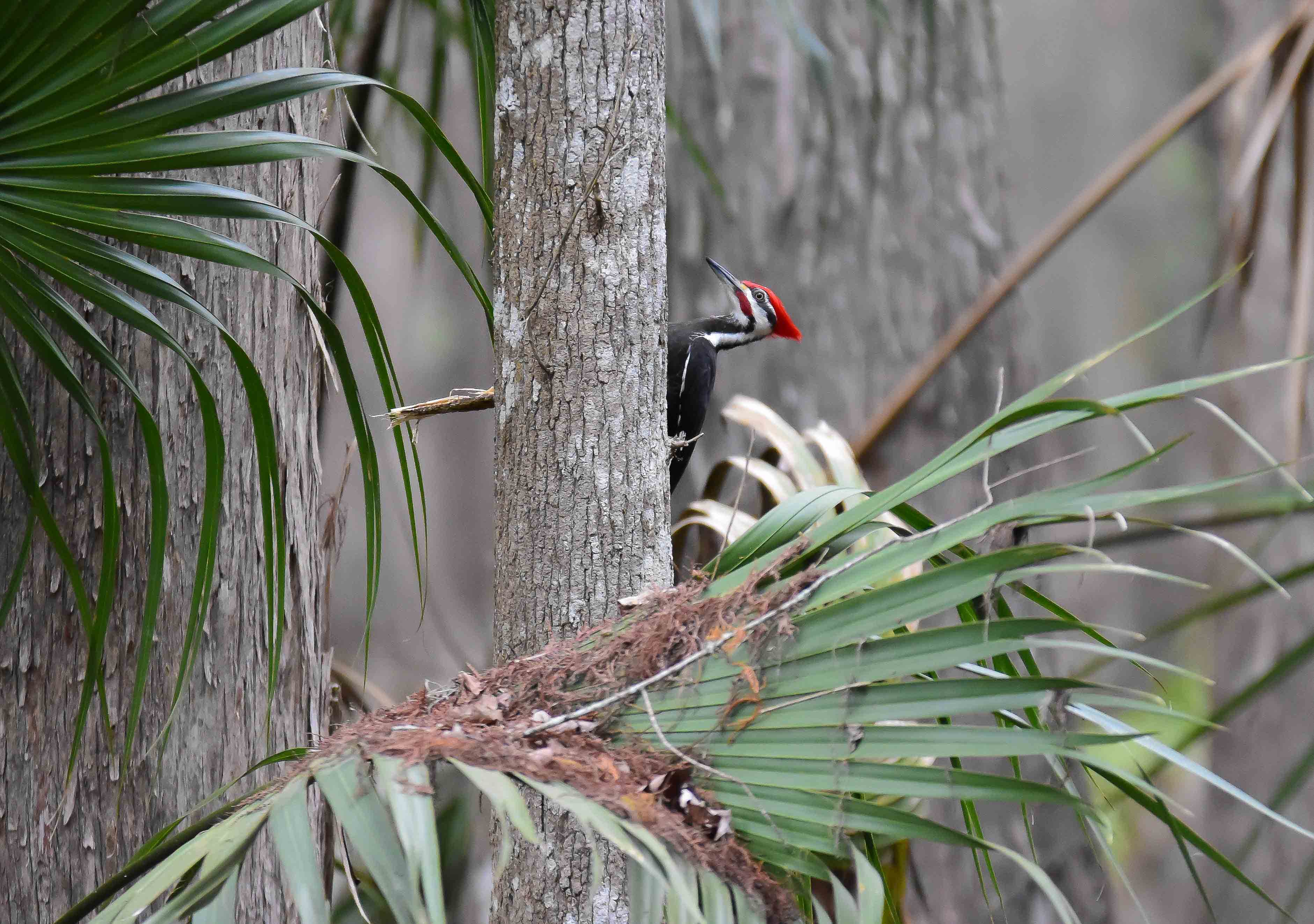 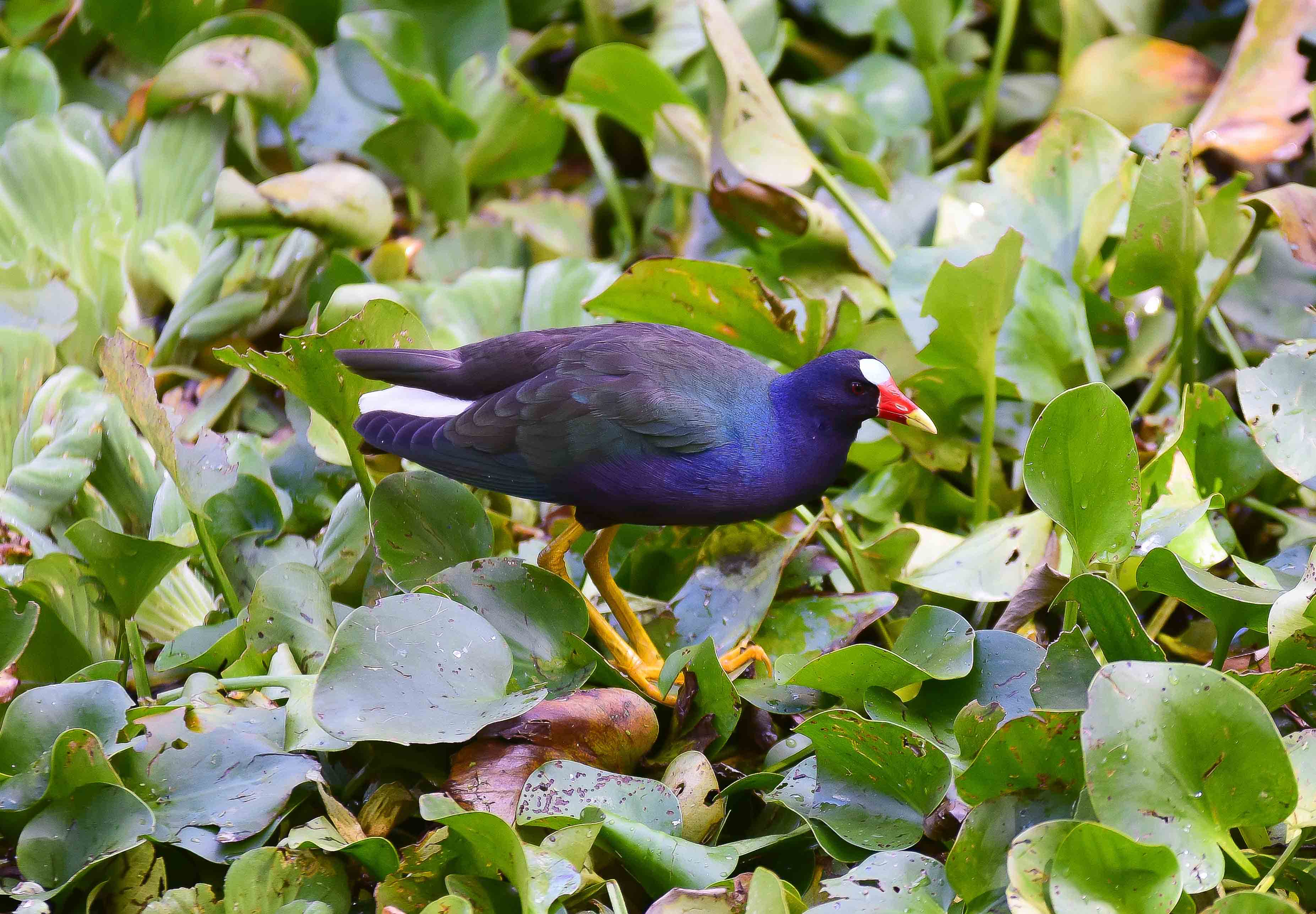 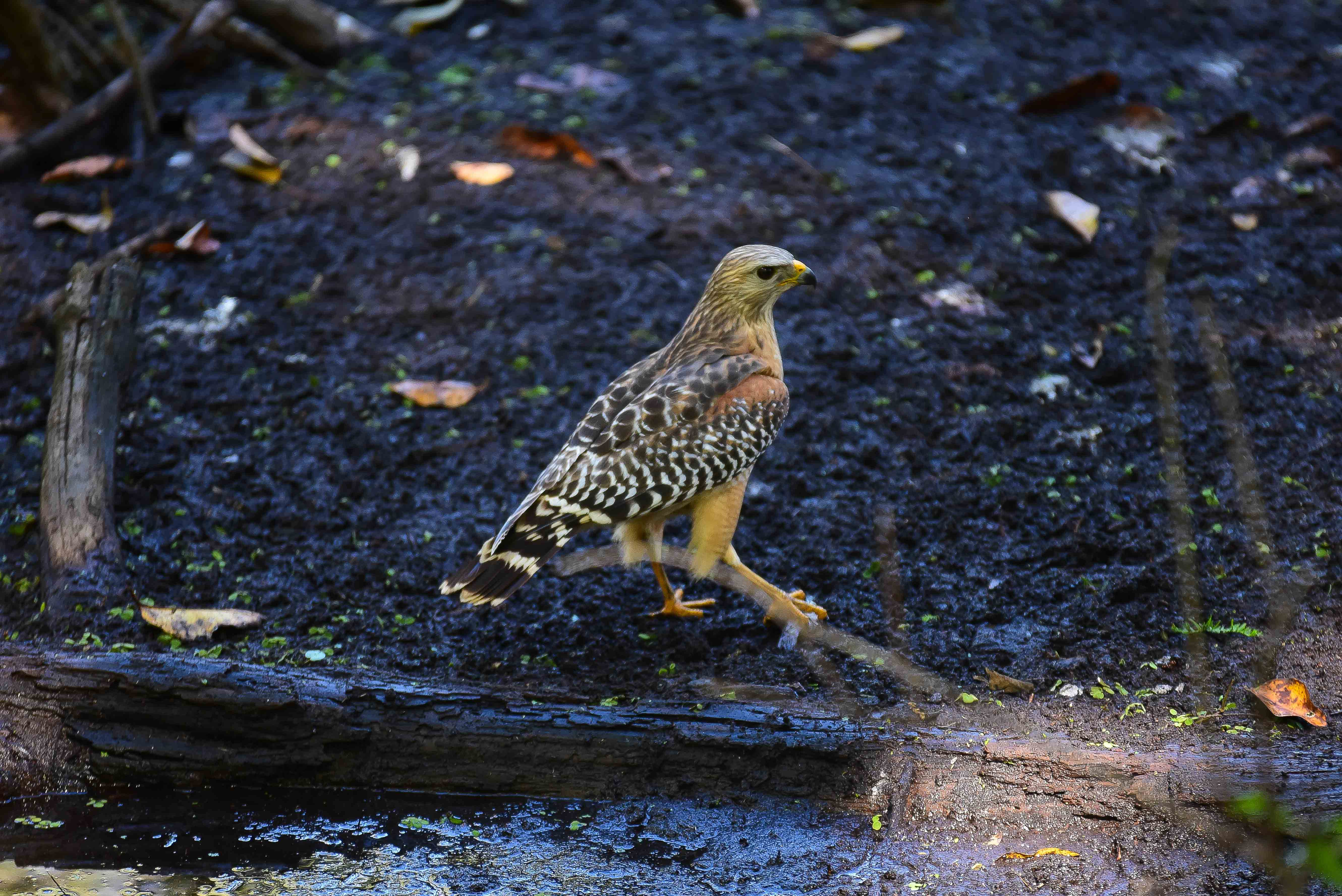 Bryntesson’s interest in the Ivory-billed Woodpecker dates back to 2005 when it was announced that the bird had been reported in Arkansas. This announcement was big news because many people thought that the bird was extinct. Hunter’s interest goes back much further. He said, “For me personally it all goes back to childhood, when at age ten I thought I had seen an Ivory-bill near my house and I found out how to contact the local Audubon Society chapter.” Professionally, he started focusing on the Ivory-billed Woodpecker as part of his job with the U.S. Fish and Wildlife Service in 1989. He has been the general go-to for evaluating reports and other odds and ends for this species ever since.  Hunter said, “This became nearly a full-time effort with the 2004-2005 Arkansas reports and I, among other things, assisted in planning and implementing searches across the Southeast with various state and federal agencies, and other private parties.  Alas, by 2010, nothing better than the original reports emerged, but there were many reasonably credible reports from a variety of folks with noted levels of expertise.  That however, has led to no resolution of whether or not the species continues to persist.” 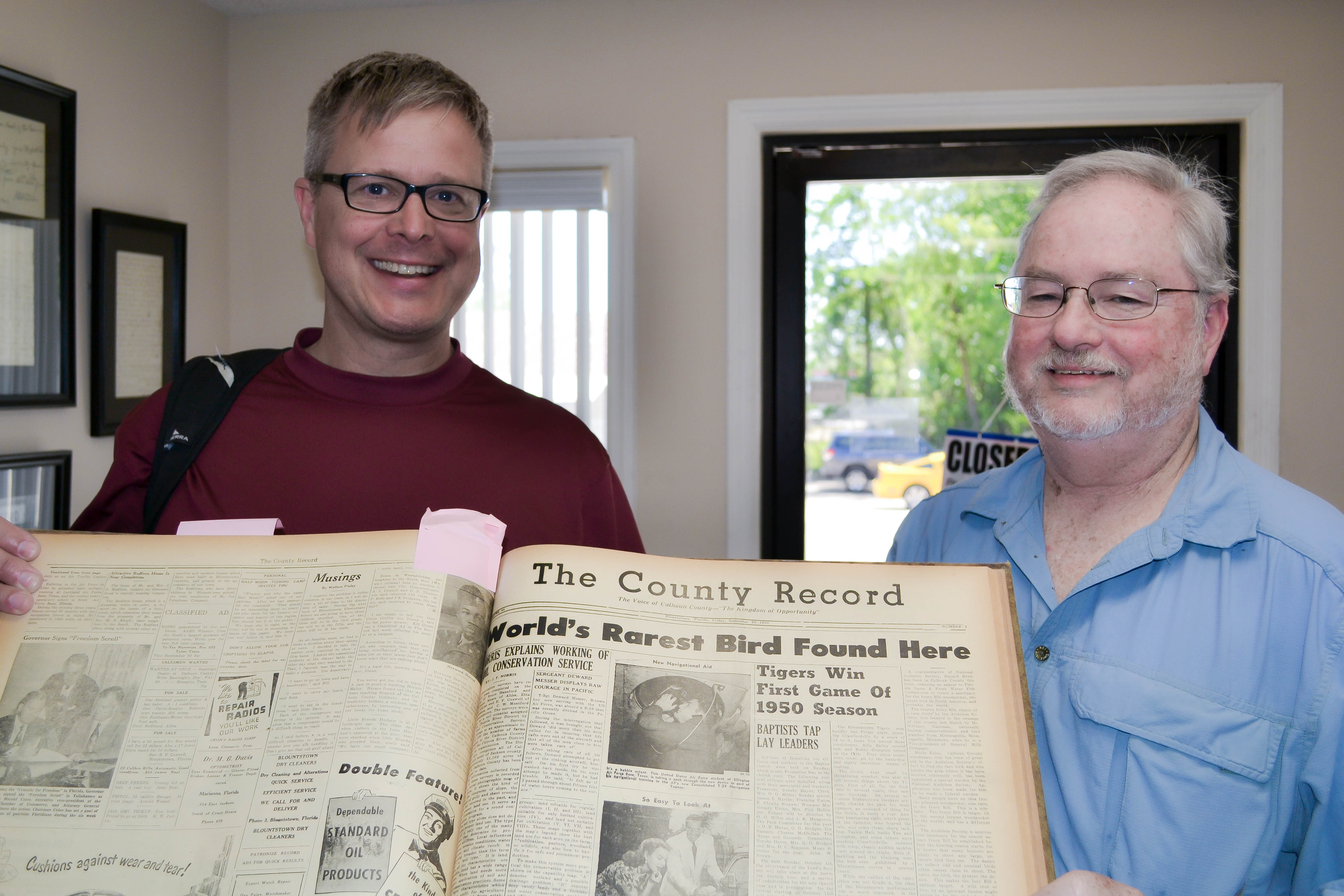 During the trip, Bryntesson and Hunter worked to gather and analyze more information about Ivory-bill reports.  The two spent much time in several archives reviewing notes, records, and publications on historic Ivory-billed Woodpecker sightings. They found a wealth of useful information, mostly about Ivory-bill reports between the 1930s and 1960s, including material about the Chipola River Wildlife Sanctuary, which was a refuge for ivory-bills managed by the National Audubon Society between 1950 and 1952.  Figge says, “The published literature contains relatively brief descriptions of, or references to, the reports of Ivory-bills in the area in the early 1950s, and the subsequent establishment and closure of the Chipola River Wildlife Sanctuary, but there is no comprehensive account published. The purpose of our research is to produce a detailed account of these historic events.” (Left, Bryntesson and Hunter at the County Record in Blountstown, Florida. Photo by Robert Turner.)

So the mystery continues, and Bryntesson and Hunter work to tell the story. Bryntesson said, “Working out this type of history is like solving a giant jig-saw puzzle. Every now and then we find new pieces to add. Recently, we have found many important documents in archives. These items provide us with a better understanding of the history of the searches themselves, and the evidence that has been amassed.”

This spring, Bryntesson and Hunter presented a poster on their Chipola River Wildlife Sanctuary research at a scientific conference at Stockton University. Bryntesson gave a talk at the Tall Timbers Research Station in Florida, and an article was published about their research in The County Record of Blountstown, Florida.  Bryntesson related one of his favorite parts of this work: “One thing that I really like about researching the historic status of the Ivory-billed Woodpecker is that it is not just about the bird, it is about people too. The searchers have been, and are, incredibly dedicated and it is fascinating to learn about their findings and thoughts, as well as their passion and enthusiasm for finding the bird.”

The sabbatical research contributed to an article about Herbert Stoddard's searches for Ivory-billed Woodpeckers.

The gallery below includes pictures from the research trips in Florida. Click on each picture to enlarge. Photo credits: All photos taken by Fredrik Bryntesson unless otherwise noted.