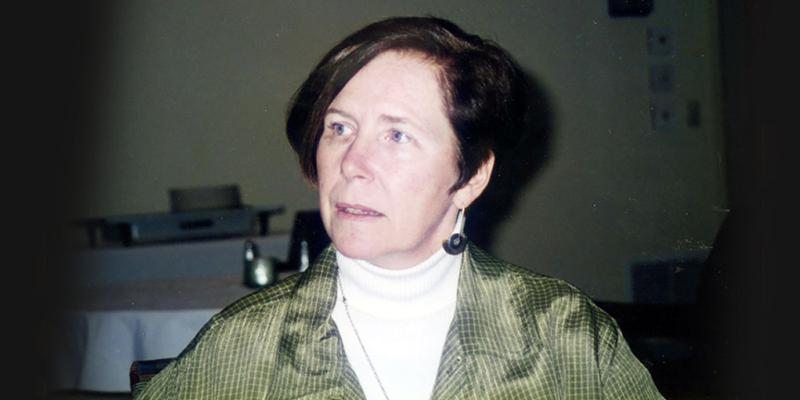 Dr. Jane Williams-Hogan, Professor of Sociology at Bryn Athyn College, and the leading international scholar of the life and influence of 18th century scientist and theologian Emanuel Swedenborg, passed away on Sunday February 11th of cancer.

Jane Williams-Hogan was born Jane Kintner in Abington, PA on October 26th 1942, the daughter of Lt. Colonel William R. Kintner and Xandree Hyatt Kintner. When she was born her father was serving in WWII, and she did not meet him until she was 2 years old. Their family moved almost every year with Colonel Kintner’s postings, living for a time in Virginia, Washington D.C., Pennsylvania, and Orleans, France.

Dr. Williams-Hogan attended University of Pennsylvania for all of her degrees, graduating in 1964 with a BA in English and in 1969 with a Master’s Degree in Human Relations. She was awarded a PhD in Sociology in 1985 for her dissertation: A New Church in a Disenchanted World: A Study of the Formation and Development of the General Conference of the New Church in Great Britain. This work began her long career of distinguished scholarship in religious studies and sociology of religion.

She was hired as an instructor at the Bryn Athyn College in 1975, and was named a professor there in 2003. She held the Paul Carpenter Chair of History of Religions at that college from 1997-2011. She established the Master’s Program in Religious Studies at the Bryn Athyn College, and served as the advisor and then director of that program for many years. In addition she held many key administrative roles at Bryn Athyn College, always working to expand the reach and vision of the school. Most importantly, she taught generations of students at the college, and was well-loved as a teacher and a mentor.

In 1988 she chaired the landmark “SS88” Swedenborg Symposium in Bryn Athyn, PA, the first major international symposium focused on the influence of Emanuel Swedenborg on 19th and 20th century thought. She brought together scholars who discussed the impact Swedenborg had on artists and thinkers such as William Blake, Immanuel Kant, Henry James, Sr., George Innes and many others. Jane edited the proceedings of this conference, which were published in 1998 in the volume Swedenborg and His Influence.

These connections led to the establishment of a Swedenborg Seminar at the American Academy of Religion annual conference from 1993-1997, which Dr. Williams-Hogan chaired. She became an in-demand presenter at conferences and symposiums, and authored the entries on Emanuel Swedenborg in the Encyclopedia of Religion, Religions of the World: a Comprehensive Encyclopedia of Beliefs and Practices, and several other publications. She became an important voice in CESNUR, the Center for Studies on New Religions, presenting papers at the annual conferences and chairing conferences and panels for them.

She continued to work at a furious pace to the end of her life, and last June, 9 months after her diagnosis with cancer, she chaired the very successful “Swedenborg and the Arts” conference at Bryn Athyn College. This conference brought together 40 scholars from around the world to discuss Swedenborg’s influence on painting, poetry, architecture and literature.

Jane was married to Michael Hogan for 35 years, and had 6 children. Her son Daniel predeceased her in 1998. She is survived by her husband Michael; her sisters Kay and Gail and brother Carl; her children Kira, Michael, Jacob, Berith and Joshua; and 15 grandchildren.

Her influence on the community of scholars of religious studies, on her students and community, and on her family is immense. She will be dearly missed.

Click HERE to listen to an audio file of some of the words spoken at the reception following Jane’s memorial service.