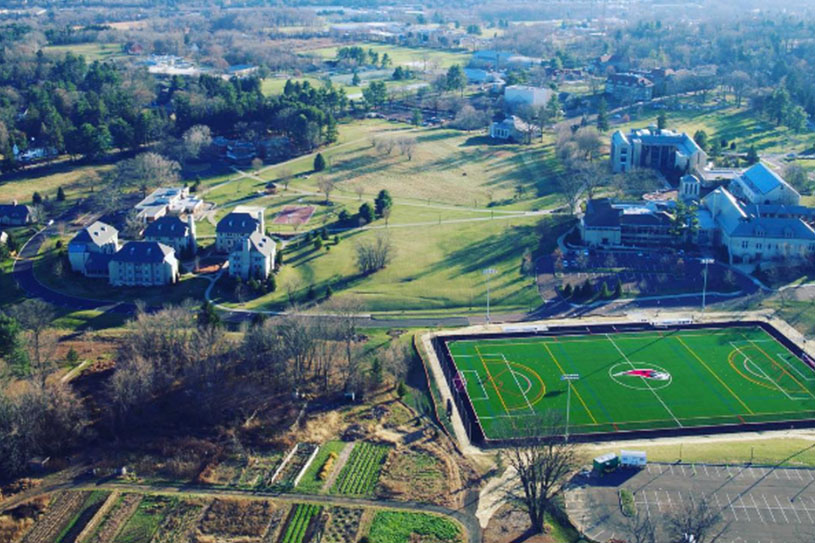 The General Ronald K. Nelson turf field is complete and ready for action! From the groundbreaking in mid-October to finishing touches in early December, the new athletic field rolled out perfectly on schedule. Watching the construction was a treat for the College and surrounding community, as each day seemed to bring noticeable changes to the project.

One day it was grass, the next it was dirt. Then there was gravel. Towering lights appeared. Construction vehicles galore delighted many young children whose parents would bring them to campus to see the bulldozers, excavators, compactors, backhoes and dump trucks. The turf was installed and lines were drawn. Finally the lion was added to center field, and the fence banners were put up.

The excitement about the construction is now matched by anticipation for the upcoming season’s competitions. Athletes are eager to play on the new surface, and spectators are excitedly awaiting the first home game. Don’t miss it– men’s lacrosse vs. Alfred State on March 11 at 2 p.m!