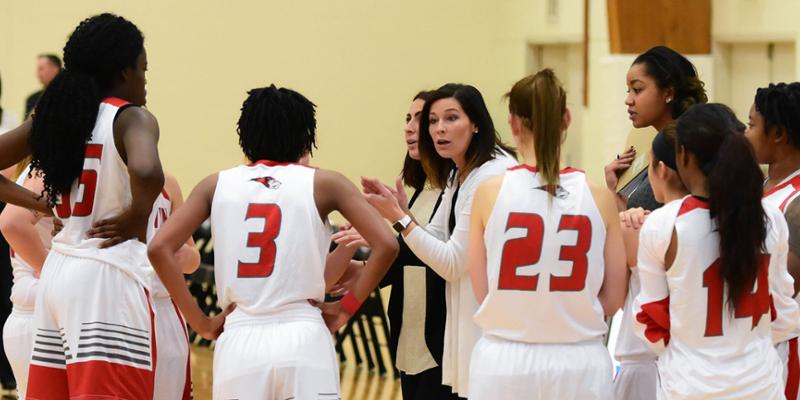 Bryn Athyn College women’s basketball head coach Kayla Felty has been named the 2016-17 North Eastern Athletic Conference Coach of the Year. She is the first coach from Bryn Athyn to win this award as a part of the NEAC.

Felty led her squad to its first 20-win season in program history and second consecutive playoff berth as Bryn Athyn entered the NEAC Tournament as the No. 2 South Seed. In the 2016-17 season, Bryn Athyn went 9-1 at home in conference action, and the program also had its first player, Kristina Clark, reach 1,000 rebounds.

Felty and the Lions picked up a notable win on February 14th as Bryn Athyn pulled off an 81-71 upset at Lancaster Bible, handing the Chargers their first home conference loss in 46 games. The Lions led the NEAC with an average of 70.8 points per game and were ranked second with 52.4 rebounds per game.

In Felty’s four years at the helm, Bryn Athyn has nearly tripled its win-total from the 2014-15 season.